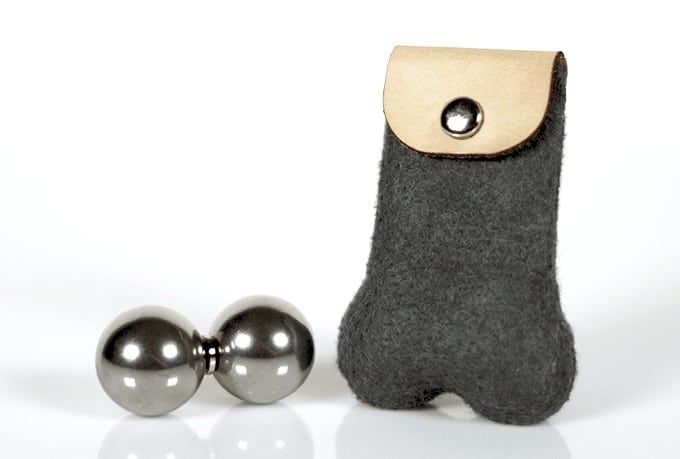 Still remember the fidget cube that we’ve discussed a while ago? Undoubtedly, it was one of the most successful funded project that raised a staggering $6.4 millions on Kickstarter. Started as a simple fighting toy, fidget cube is a small desk tool to help you relieve stress and provides a sensory satisfaction.

It made its way into the top 10 most funded Kickstarter project from just a simple cube with different functions on all the six sides, including: click, glide, flip, breathe, roll, and spin. However bad things happened, right after the enormous responses from the crowd, like others massive-scale project, they were unable to fulfil the orders on time. Although they didn’t officially response to this matter, some suggested that they had some problems with the manufacturing in China, which turn out to have so many knockoffs flooding the market. Read more on our fidget cube review.

Why everyone love fidgeting

To some people who have no idea what fidget is, it is basically a repetitive autonomous behaviour that mindlessly doing a small and frequent movements which serves no purpose. For example, nail biting, legs jiggling, knuckles creaking, twirling with pens, rings or other tools. It happens to almost everyone but we have no idea why. While fidgeting brings no harm and no obvious health benefits, some research studies have showed that fidget may help to boost memory, reduce anxiety, better blood circulation and even live longer!

Although we do not find any solid scientific evidences to prove any direct advantages, but fidgeting do exist for centuries and gives an unexplainable sensory satisfaction. In compete with the fidgeting urge, not much of fidget toys have raised the public concerns. Here we stumbled across a new fidget ball that might fit your appetite.

Fiddle balls is a set of magnetic fidget toy that gives you an ultimate sensation of satisfactory. Resembling the Chinese baoding balls, fiddle balls is a set of dual metal ball connected by magnet. It allows user to twirl it silently in the palm without disturbing others. Rolling against the balls will give you a solid and smooth fluid-like motion.

Comes in a pouch in the shape of scrotum, fiddle balls is modern and elegant version of the testicle shaped stress balls and NiceBalls, which is more suitable for desk decor. The metal balls provide some weight and solid feeling rather than soft rubber-like balls.

Made of premium G25 steel, fiddle balls does not rust.

In similar fashion, this toy kind of reminding me of a fidget toy called Spinpal, a gyroscope by 3 heavy steel balls. Also, another similar SpinPal from Amazon.

Fiddle balls is now available on Kickstarter starting from $10 for small and $12 for large. Shipping in the USA is free. Visit the link below to support their project page. This product is not available on Amazon and eBay at the moment.