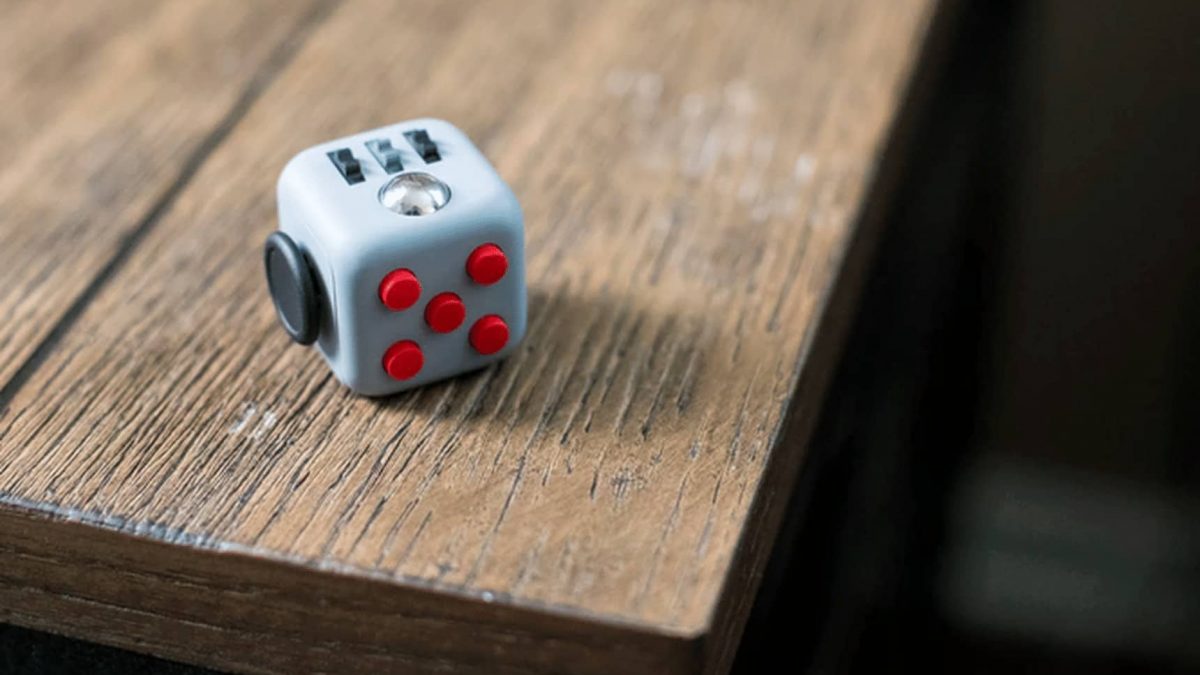 Fidget, or fidgeting, is an act of comforting oneself by making some small movement like pen clicking, playing with hairs, nail biting, etc. It happened in most of the people, and often unconsciously and repeatedly.

Although it has often be deemed as a negative habit, except in some extreme cases, fidgeting is generally harmless and does not give any significant impact to normal life. In fact, research has been done to prove that fidgeting children may perform better in study, read more here. That may be the result of uneasiness, boredom, anxiety or a combination of these.

Nevertheless, you don’t want fidgeting strikes at your professional interview, nor how others mock about your personality in advanced. Instead of avoiding, people are creative about fidgeting over the years. Some have created satisfying fidget toys for adult, including plastic poppers, caved-in soft ball, fidget pen, etc.

In particular, one of the fidget toy called Spinpal has been listed in the top 6 decorative physics toys.

A company (LLC) called Antsy Labs has came out with a funny and interesting way that helps people to fight the urge of fidgeting. And they named the product as fidget cube.

It is an integration of many ways of doing fidget into a single stress cube. Small enough to carry around, users will be able to click, glide, flip, breathe, roll and spin restlessly throughout the day.

Fidget cube is patent pending product that designed to fight against your weirdest addiction.

The idea was first born on 2012 by Matthew and Mark McLachlan, who have blown up society with their awesome invention. Started as Kickstarter project from Aug 2016 to Oct 2016, this little cube has an incredible popularity and bringing over 6.4 million dollars from more than 154k backers.

It is also one of the top 10 most funded project (#10) in the Kickstarter history.

Fidget cube has 6 sides, each side has different stuff to play with:

[WPGP gif_id=”2321″ width=”600″]
Click
A total of 5 clickable buttons that arranged in 2-1-2 pattern. It consists of 3 audibly clicky, and 2 silenced clicky. A true clicky cube.
Glide
A short smooth gliding joystick that satisfied your thumb.
Flip
A switch for you to press/flick/throw with.
Breathe
Inspired by worry stone, it is a dished surface to rub against for anxiety relief.
Roll
A ball roller (clickable) and 3 gears. Just like your mouse’s scroll wheel, but separate.
Spin
A rotatable dial.

It is available in 10 colours of your choice, including Kickstarter version and backer-voted design.

To deal with this overwhelming responses by hundreds of thousand backers is certainly not an easy task. Like most of other massive-scale projects, the shipments have not been able to fulfil on October 2016 as planned.

“We need to let you know that we discovered an issue that we had to make a tough call on,” Antsy Labs said in an update. Sadly, they did not mention on what are the flaws found and when the shipping will start.

“we want to let you know that shipping has started and is ramping up.” the company stated in a recent update.

Meanwhile, many backers are unhappy (and fidgeting) about the shipment delays and started to look for else where to buy, where cheap knockoffs are flooding over the big marketplace like Amazon and eBays. If you are not in urge of getting one, we strongly recommend to wait patiently for their belated original cube.

ICO Watchdog – Stay in the Know about ICO’s

HOPii Brews Beer – right in your own kitchen