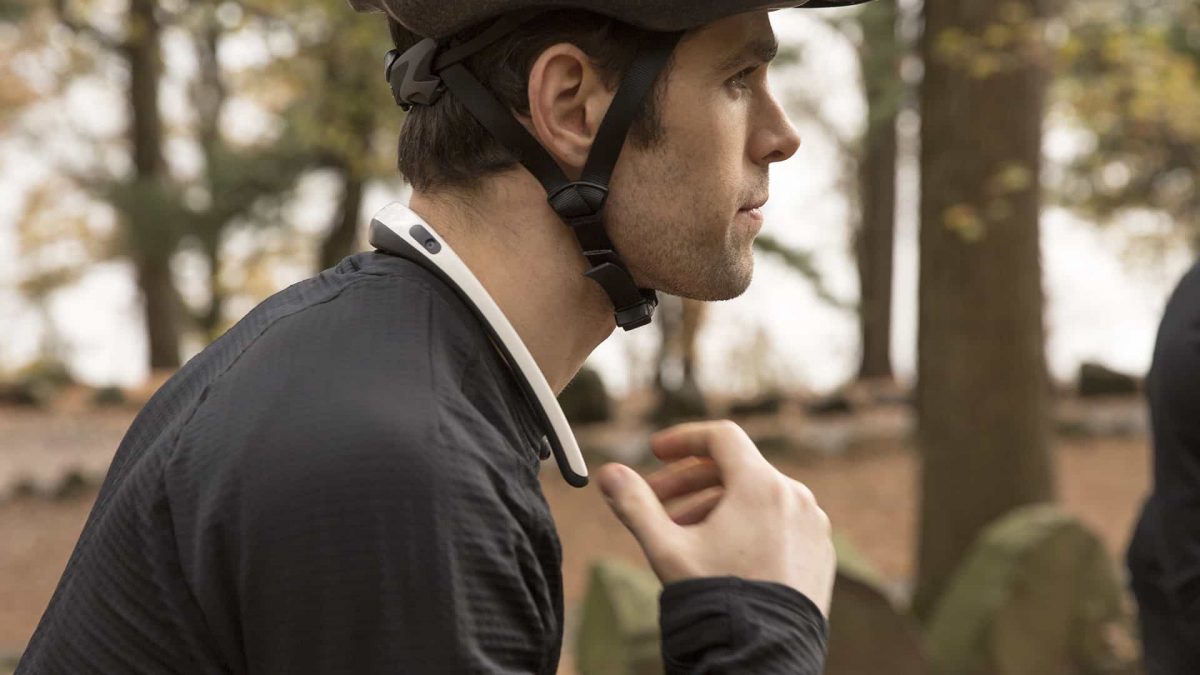 Whether you are biking along a pristine ocean coastline or you are walking around in a busy city, the FITT360 Wearable Camera is a great way to capture your next adventure. The FITT360, which bills itself as the first 360 degree wearable neckband camera, can be worn around your neck as you go out biking, walking, hiking, or running. What sets the FITT360 apart from other wearable cameras is that the FITT is completely unobtrusive. You can wear the FITT360 as if were a regular necklace, so you won’t stand out if you are at a concert or sporting event. In fact, the FITT looks like a wireless fitness meter that joggers often wear, so your attempts to capture your surroundings will never seem awkward.

Besides its unobtrusive design, the FITT360 is a completely hands-free device, allows for real-time sharing on social media, and has instant capture that allows you to immediately record fast-moving, once-in-a-lifetime shots.

How The FITT360 Works

Based out of San Francisco, California, Linkflow Incorporated is the wearable technology brand behind the innovative FITT360. To turn on the FITT360, simply wear the device around your neck like you would wear a piece of jewelry. When you see something you want to film, press the camera’s record button with your finger, and it will instantly begin filming the scene around you.The product engineers at Linkflow designed the FITT360 to fit ergonomically around your neck. For this reason, the 360 will stay on your neck even if you are using it to capture video of your latest extreme sports exploits. The FITT360 Wearable Camera also has three different mini-camera lenses that are strategically inserted in the FITT360’s neckband to give you the ability to take a 360 degree video of your surroundings. Another intriguing aspect of the FITT is that users can link the camera with their favorite social media accounts. To link what you’re filming with your FITT360 to your Instagram, for example, all you need to do is link the FITT360 Mobile App with your mobile device. It’s really that easy to share video and pictures with this device, which is why it’ll probably be so popular with vloggers, skaters, hikers, and cyclists.

Linkflow initially put a $50,000 goal on their Kickstarter campaign for the FITT360 Wearable Camera. Currently, the company has raised over $240,000 to produce this unique wearable camera. The campaign will end on February 22, 2018. Linkflow hopes to ship the FITT360 to customers by mid-October.

Protect Your Identity and Your Passwords with Identity Vault

The Midnight Scoop is the Ice Cream Scoop of the Future

Wake Up in Style – Morning Call 2