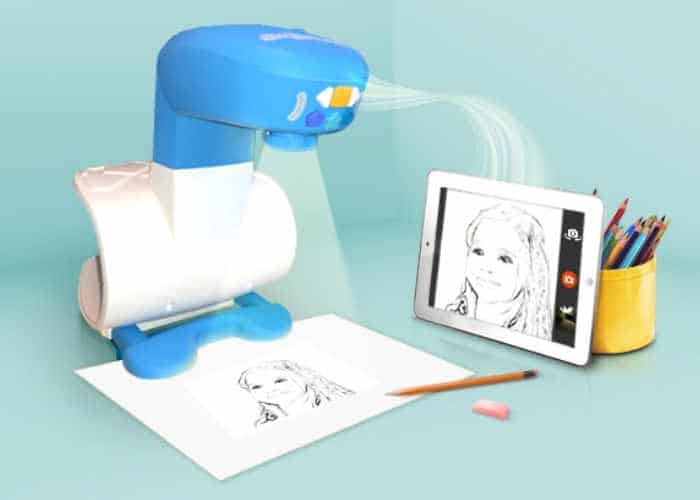 FollowGrams Review – The Smart Projector That Teaches How to Draw

Most of the great people in the world are usually born with strong interest in curiosity, they tend to ask a lot of questions and attempt to answer it all, which they never could. Thus, the only way out is to solve the puzzling questions one by one, at the end they got smarter. In reality, parent and adult kills their imagination and creativity towards the new ideas that they generated.

Assuming to be good for them, we just forced them to walk the pre-determined path just like anyone else. For example, if you have a pre-school kid, you will know how good in creativity by just looking at their drawing. Whether they want to be a scientist, doctor or professional in any field, they have to be creative enough in cope with the world today.

Fortunately, they are quite a number of educative toys in the market. One of them, a remarkable robotic caterpillar called Code-a-pillar has raised its name last year on 2016. It is basically a caterpillar made up from few pieces of segment modules which each of them carry different command and code. For instance, the blue segment codes for walking straight for 3 secs, the yellow will turn the caterpillar 180° to the left, and so on. These toy sure is fun and educative, it boosts your kid creativity and problem solving skills.

But here is for 2017, a new product called FollowGrams is a brand new smart projector to teach kid how to draw, write letters, turn any image into black-and-white sketch image. The device connects to the app through Bluetooth, where kid can take and transfer any of their favourite photo, and turn it into a traceable image.

This toy is designed for kids of 5 years and up.

FollowGrams looks quite similar to a microscope, it has a content card slot at the top cover to carry micro-SD card. Moving down, since its made for kid, it has a stand-out control buttons and LED indicators to control the overall uses like left, right, home, repeat, etc. Next, the projector focus lens is adjustable to shot a beam of light onto a piece of paper down below. It has over hundreds of cartoon images to choose from, and later, it helps kid to draw step by step by displaying which line or circle should be drawn first.

The lower part of the device, it has a power jack at the back and a battery compartment at bottom. For power, you can either use 4 of the D size regular battery (not included) for 8 hours of playtime, or use an AC power cable instead. Too, it has a retractable legs and silicon pads for holding the paper.

Set up and draw

The upper compartment can be stored in the lower compartment. To use it, simply extract the upper and snap it on the socket slot. Turn on the projector, place a piece of paper and you are good to go. Beside than using the cartoon images, you can set it to display letters and numbers too. Then, your kids will be able to have fun while learning.

The cool part, kids can capture any image they like and transform it into a sketch traceable on the app. Then, simply follow the sketch border line and draw out a cool realistic live image that they just taken seconds ago on a piece of blank paper. Add some crowns or flowers to make the photo even livelier.

The app is free to download on Android and iOS devices. It connects to FollowGrams via low energy Bluetooth and supported 5 languages, including English, German, Italian, Spanish and French. While the device itself does not have a text, so anyone can use it.

The app has several filters off the image taken, so user can choose how strong the sandy looks before drawing. In the soon future, the company will include more useful features into their app such as games, spelling, basic programming, and advanced drawing.

What is a CDN (Content Delivery Network) and how does it work?

MYCANOE – A Folding Canoe that travels in a Box