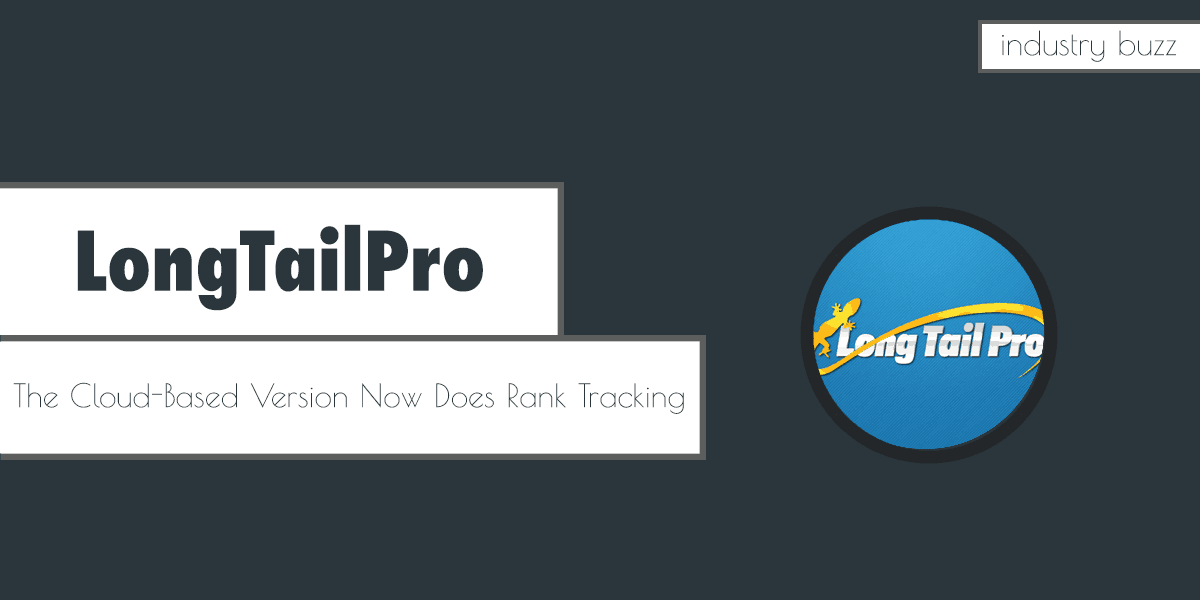 It’s no secret that the (new) team behind long tail pro have been through a rough period in the recent weeks! A new cloud-based version of Long Tail Pro was released some weeks ago, and the critique was massive, to say the least. The old desktop version stopped working for a while, the new version was buggy and slow, keyword difficulty calculations were completely off, life-time-membership clients were told to pay up for access to the new version and then they were told the opposite, etc.

In spite of all the upsetting events in recent weeks, the team behind Long Tail Pro has managed to keep their cool. The cloud based version of Long Tail Pro actually works pretty well now, and on top of this, they have now announced, that the Cloud based version also comes with a rank (SERP) tracking feature – at no extra cost.

Personally, I think they should stick to the key focus of long tail pro, which is keyword research, and not serp tracking. But since the desktop version comes with it’s own little (although not very solid) rank tracking feature, the cloud version should have the same tool, to be a cloud-based replica of the desktop version. Anyhow, I am sure a lot of people will benefit from this.

Here is what the team behind Long Tail Pro had to say about this:

Our elves have been hard at work, and in the spirit of the holiday season…

The Ranktracker is still in beta, but it should now be accessible to all cloud users. That’s right! Software that would normally cost you an additional $30/month now comes with your LTP Cloud subscription for free. If you already have a Cloud account, go ahead and test it right now!

For those of you who aren’t already using LTP Cloud – we’ve got a holiday surprise for you as well.

What’s more, in the spirit of the holiday season, for a limited time only, we’re offering a huge discount on LTP annual plans:

If you want to take advantage of these discounts

Use the link https://app.longtailpro.com/signup?plan=ltp-y-pro-537&promo along with the promo code KEYWORDCHRISTMAS to claim your 45% discount on the Annual Pro Plan and lock in your Ranktracker access

Use the link https://app.longtailpro.com/signup?plan=ltp-y-starter-297&promo along with promo code NEWYEARSTARTER to claim your 27% discount on the Annual Starter Plan and lock in your Ranktracker access

These special discounted plans don’t come with a trial period, but they do come with a 10 day money back guarantee so it’s effectively a risk free purchase!

If you’re not happy with the tool for whatever reason, just reach out to us in the in-app chat within 10 days and you’ll get your money back!

So make sure you don’t miss out, lock in your Ranktracker acccess, and take advantage of this limited offer today.

Your Nose Is the Expert With Wine Awakenings Master Kit