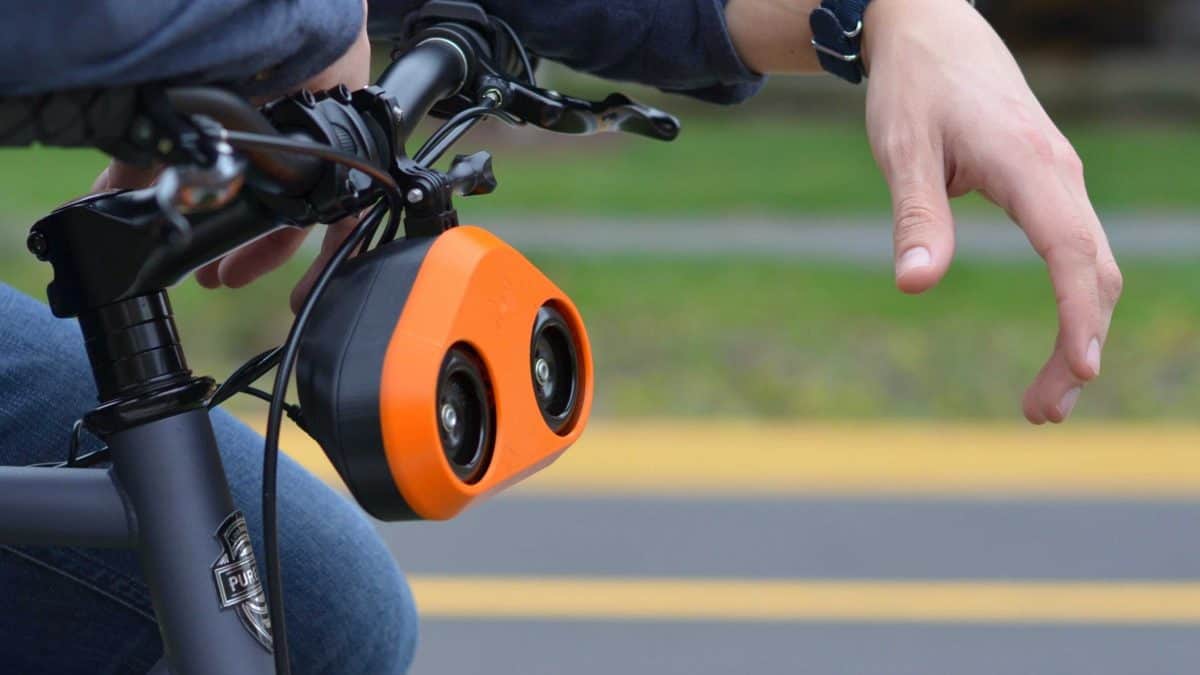 The Loud Bicycle bike horn story is a bit unique. When Jonathan Lansey was riding his bike to work and cut off in traffic by an inattentive person driving, his first thought was to honk his horn. Well, bicycles don’t have horns. Jonathan’s immediate thought was “Why shouldn’t bikes have horns?” Bicyclists have every right to blow a horn at a dangerous person driving.

a bike horn to fix the problem?

With that in mind, Jonathan set out to fix that problem. So, in 2012, Loud Bicycle was created. Jonathan came up with a brilliant idea: make a bicycle horn that sounds like a car horn. It is a practical invention that can get the attention of people driving and allow all vehicles on the road to travel safer. So after several months of prototyping, Jonathan was able to get 600 backers on Kickstarter. Through their financial support, Loud Bicycle came to fruition.

Introducing the Loud Mini bicycle horn from LoudBicycle on Vimeo.

Today, the company has bases in Massachusetts, Boston and Austin, TX. Over the last few years, Loud Bicycle has been featured in a number of magazines. The steam it has gained from profiles in WIRED Magazine, Fast Company and the New York Times is incalculable. The company’s initial rollout saw the introduction of the Loud Classic. Two subsequent campaigns introduced the Loud Mini and the Loud Droid.

The reviews of the bike horn, Loud Bicycle have been phenomenal. Caitlin, the eco Cajun, said “This sucker is LOUD. One honk and it gets a car’s attention.”

Ty Smith of San Francisco, said “One time a cab merged into my lane. I honked once and it immediately merged back.”

David Torres of New York City said “an MTA bus driver was driving into my path. One honk and he let me pass safely..”

Loud Bicycle horns are definitely making biking safer. While these horns are effective in terms of safety and accessibility, Loud Bicycle is still an advocate of improving biking policies across America.

Biking is an enjoyable and healthy activity but not without risks. Get yourself a loud bicycle horn and make your daily trip safer, for both yourself and others.

16 smartphone and laptop accessories to up your gear

Puri5 – The Next Big Thing In Dry Herb Vaping

QLYX Phone Mount Makes Your Car Smart Like Your Phone