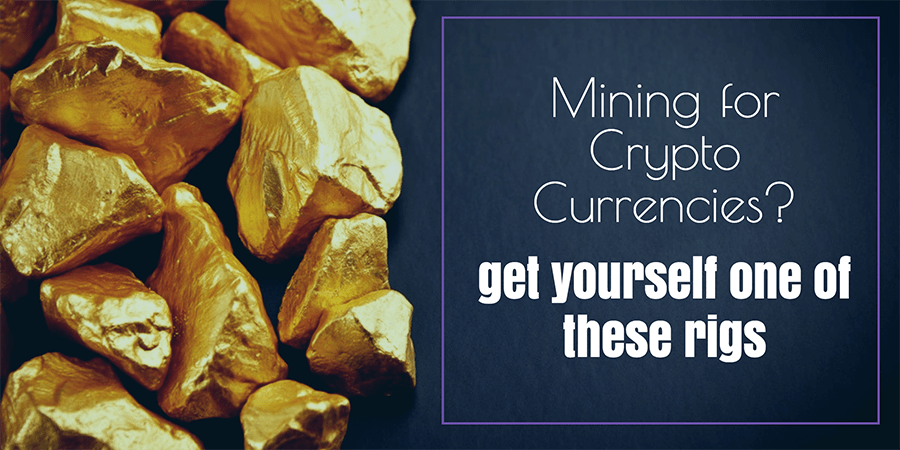 Cryptocurrency is one of the most lucrative and booming investment areas today—but while most people are just buying and trading Bitcoins—you could be mining them.

Mining rigs allow you to create cryptocurrency from thin air—literally. Now, that doesn’t mean you won’t have to invest time and effort—you will—but whereas mining gold required digging deep into the earth, mining bitcoins is about as easy as turning on a computer.

That’s where the following list of mining rigs come into play. With as little as a few hundred dollars, you could be on your way to discovering crypto in no time.

Though, if you’re ready to move onto to bigger—and pricier—things, there’s an option for you, too.
With a wide range of warranties, hash rates, and convenient functions, there’s a model for everyone. 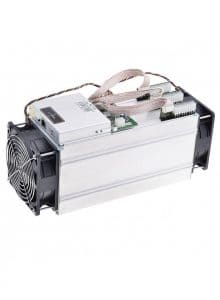 The Antminer S9 13.5 TH/s is a compact rig that provides a powerful set of features to achieve your Bitcoin goals.
Despite its nifty size, it boasts massive potential for mining. Enjoy a 13TH/s hash rate that ranges all the way up to 14TH/s. This performance feature, though is partially dependent on each batch, so expect variations at +-5%.

Power consumption is substantial at 1300W, though it packs a punch that’s proportional to what you’re getting out of it. Additional consumption metrics include 1320W (13.5TH/s per batch) and 1340W (14TH/s per batch).

Efficiency levels are quite high at 100J/TH, provided Bitmain’s APW3 PSU and a 25 °C.

The Antminer S9 13.5 TH/s is a solid choice and its price tag–$1,199 is proportional to its performance capabilities. Effectively, this model is a fair middle-ground that can appeal to those seeking high-performance and an average price point.

Similarly, it could be a modest launching pad for further expansions and add-ons. In the world of mining rigs, customization usually allows for a great deal variations that can suit your needs without having to expand beyond your current expectations. 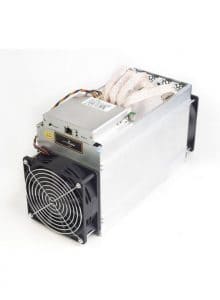 The Antminer L3+ finds itself in a much more affordable category—comparatively. In many cases, you could find yourself spending many thousands on a rig. The L3+, however, is all about modesty. Simplicity is key, keeping the device itself compact—as well as its specs.

A hash rate of 504MH/s is bound by a variation rate of +- 5%. Power consumption varies, but you can expect 800W with an additional 10%. Temperatures remain consistent at 25°C.

At the core of its operations is a BM1485 ASIC chip. Functionalities and features are always a diverse setup from one rig to another. This is an inherent factor in the crypto world right now—a natural consequence of the decentralized approach to things.
This is also true when it comes to the spontaneous organization of cryptocurrencies, which have evolved with virtually no regulations. Given these factors, mining rigs will always vary from one to the next as they are designed to address a unique set of needs and expectations.

The Antminer L3+ is a modest addition to the product family and could be a great choice for novices. 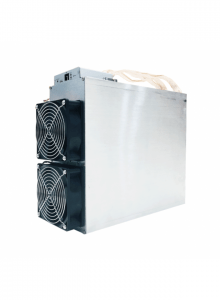 Ascending into some of the higher price brackets, the Antminer E3 is an ideal choice. This is true for both beginners looking for a big jump into crypto or seasoned veterans seeking a solid upgrade. In either case, this rig provides a unique foundation for excelling in crypto.

The power is in the specs: manufactured by BItmain, it will be released in July 2018 and thus marks one of the most cutting edge and up-to-date rigs on the market. Additionally, it has a series of features that make its performance truly unique.

Weighing in at 13,000g, it is quite hefty for its type yet packs a punch as evidenced by its 75db noise level. Packed on top of it are 4 fans to help keep the systems cool as it mines away for you. 800w of power sustained through a 12V system helps keep things running smoothly and efficiently.

Temperature is, of course, key and the Antminer E3 does not fail to keep things cool between 0 and 40°C.

With a price of $2,590 from Shark Mining, this could be the rig you were looking for. Also consider that, as with so many other themes in the crypto world, it’s about the long-term investment vision, not the short term. Much more persists with regards to how the shoveling of time and resources into this “hobby” ends up.

However, as so many can attest to, sometimes a small investment today can pay dividends in the future. 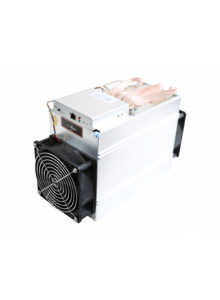 For a beginner in the crypto world—or someone seeking a small add on for an existing rig, the Antminer A3 is an affordable choice. As a comparison, the Antminer L3+ provides a good balance between performance and price.

However, this could be betrayed when compared to others models, and this is where the Antminer A3 beats its competitors. With a price tag of only $699, it could really seem like a no-brainer.

As far as investments are concerned, it’s all about input versus output. This mining rig will generate a hash rate of 815GH/s at +-5%. It comes with a potent set of boards—3 per miner, to be exact.

180 hash chips helps lay the foundation as the Blake(2b) hashing algorithm works its magic. Rely on its voltage input of DC 11.60~13.00V to keep it running consistently.

You may also be surprised by its weight, measuring in at only 4.2kg, excluding any packaging it comes in. Collectively, the product represents the shift in the mining rig world to portability and compact design. Whereas mining farms have their benefit in power, some of these have their force in compactness, which certainly comes with its own perks.

Of importance to consider, though, are some of the technical specifications and requirements that must be met in order for this model to run properly and ideally. For example, you must acquire an ATX PSU that also merges a six-pin PCIe connector (x10). This is a consequence of the hashing board and its fundamental operations.

Furthermore, it is discouraged to connect anything more than 1 PSU at any given moment to the hashing board. Selectively, there are customization factors that can extend beyond most models. Given that each user seeks their own outcomes, consider that the Antminer A3 is a moderate rig for the price and power outputs. 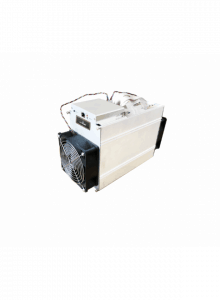 The Antminer X3 is a bit of a controversial mining rig thanks to its compatibility (or lack thereof) with the CryptoNight hash function. Specifically, this refers to one popular cryptocurrency that claims it is seeking to brick ASIC rigs.

In this context, “bricking” means to make the rig effectively useless. Naturally, this poses some risks for those seeking to invest in this model, though it is far from a lost cause.

To the contrary, the Antminer X3 has maintained a high market value precisely because of its overall effectiveness and power. Consider its 180 pcs hash chips and its 3 pcs hash boards. Add to this a solid foundation of 220 kH/s hash rate and a 220VAC Power output—the conditions are optimal.

Aside from the CryptoNight confusion, another limitation to consider is the additional power supply that is included for the sole purpose of controlling the board. An extra six-pin PCIe connector within the IO board establishes a connection with the PSU—a requirement for maintaining a power source.

The controversy stemming from CryptoNight functionality and the bricking by a major cryptocurrency only reveals how complex rigging can become. This is actually a good thing overall because it reflects the decentralization in this space. Overall, it is the malleability of these sectors to allow for innovation without restriction that has helped crypto takeoff the way that it has so far.
Mining rigs are simply one extension of this change and it ultimately hinges upon this level of innovation for succeeding in the long term. 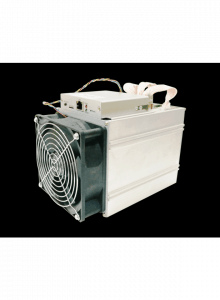 The Antminer Z9 Mini is compact in size, but bolstered in price—all packing a powerful punch.

Much of this is due to the Equihash hasing algorithm that establishes a 300W consumption of power. Enjoy a 10k Sol/s +-%5 hashrate—surprisingly potent given this model’s size.

Collectively, the price tag reflects the rig’s elaborate setup and system capabilities, which are normally overlooked due to its name. Instead, the inclusion of a 180-day warranty could help ease some buyers’ trepidations.

Its smaller size demands only one fan along a side plate, helping maintain ideal temperatures. Numerous cables protrusions are isolated to its top panel, keeping the rig compact and easy to hold.

As is the norm for most rigs, they may not necessarily be visually appealing, but they still maintain a certain degree of elegance—especially for those who know what to look for.

Different rigs achieve their own unique outcomes and compactness is variant depending on different needs. In some instances, they can actually be considered a detriment—simply put, they are a consequence of each individual miner’s ambitions.

The Antminer Z9 Mini is effectively a compact device with a hefty price tag based on its high-potent processing capabilities.
Antminer Power Supply

What’s a rig without power? Shark Mining offers some reliable power supplies, including the AntMiner model APW3++. It delivers a whopping 1200W at a 110v rate.

Included with it are 10 connectors, offering a greater range of variability and customization. In some instances, there are simply too many uses stemming from mining operations, so this is a great addition.

The DC voltage rate is 12.15V for output with a rated current of 133A. Rated power clocks in at 1600W (at 220V input) or a 1200W (at 110V input). These conditions, of course, are also dependent on numerous system-specific factors like rigging efficacy and busyness.
Inputs are also high-functioning with a voltage range of 100-240V AC and a starting voltage of 95-105V AC. Inclusive here is the fact that is comes with 10 connectors. This is a substantial extra load that could be input depending on how many are connected at once.

Given this, it truly the overall potential it has to supply necessary power from many different sources without being overloaded. Having a mining rig shut down or see a massive reduction in efficiency thanks to poor power supplying is simply an unnecessary hindrance.

Built in to the power supply is a tiny fan to ensure it stays running smoothly and cool. It may seem like a redundant design but comes in hand for ensuring optimal performance.

Mining rigs represent a fascinating new world of currency investment. Whereas mining gold once meant digging deep into the soil of Earth, today you can makes many riches mining digital ones and zeros.

The aforementioned mining rigs comes in many different shapes, sizes, and prices. For most of us, we have our own unique mining ambitions to follow, which creates our own individual needs.

The Antminer S9, for example, offers a unique balance of price and performance, finding a solid middle-ground between the two. Alternatively, more expensive models like the Antminer E3 boasts a $2,590 price tag with massive power specs.

Still, you may have more modest goals, such as trying mining for the first time and preferring to play it safe. As far as minimal investments with minimal risk are concerned, the Antminer A3 is a great starting point. At only $699, it is simple, compact, portable, and easy to understand from a technical perspective.

Other models today can become quite elaborate, even including tiny monitors attached to the side. These can display critical system information that enhances user experience and ergonomics. Generally, though, these will likely boost your price point dramatically.
Fundamentally, the systems operates depending on how much is invested into them—not unlike the way cryptocurrencies are in general.
So whether you’re a newcomer looking to start small or a veteran seeking the next new leap, the aforementioned list of mining rigs provide a wide range of options to choose from.

QLYX Phone Mount Makes Your Car Smart Like Your Phone

Taylor is a cryptocurrency bot designed to automate trading