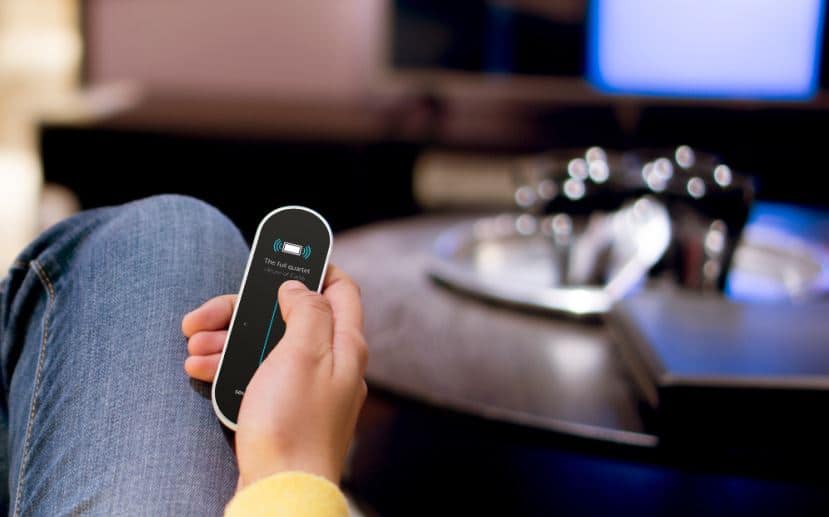 Sevenhugs Review – Smart Remote for Everything

Home, is not just where your heart is, but a place to make you feel truly relax and comfortable physically. Living room, bathroom or your bedroom, no matter how big or small it is, that is always a place that filled with loves and memories.

Thanks to all those latest smart home technology devices such as TV, hubs, bulbs, fans, speakers, thermostats, etc. that designed to give you an even better smart home experience.

Just before you can smartly control every single one of them, firstly you need to download their designated app, installation and integration, pre-congifuration to the devices, and more.

Imagine you have more than 10 of them, you will need to open up (via smartphone) every single one and start your smart control which doesn’t look so intelligent anymore. Then, you probably need something to serve as the “brain”, or hub, that sits silently right underneath your couch/bookshelf to connect everything in your house together.

However, the bad side are usually cover-up or intentionally neglected for marketing purpose:

Most failed product did not really put themselves in customer’s shoes, the remote control for example. There are a lot smart devices that comes with remote control, but why do we need remote controls when mobile app can already control everything? Speed. The reason of why you still have a controller on your couch and smart devices company usually suggesting smartphone app as the second option, simply because its slow. Would you open a TV instantly with a remote control, or you prefer to unlock, open app, sign in, connecting, and finally press the “on” button on your smartphone.

To make things worse, the more devices you have, the more apps you expected to download. Switching between apps and repeat the steps above, is extremely slow and inefficient. The universal controller on the other hand is usually limited to non-smart A/V equipment, as well as the fixed number of buttons restricts some features off your device.

Sevenhugs – The Smart Remote for Everything

Sevenhugs Smart Remote, is an elegant contextual remote control that provides a high-definition touchscreen interface, allows intuitive control of smart devices and services (like Uber) by simply pointing towards the direction.

Its patent-pending point-and-control technology designed to work on all smart and non-smart devices using possible connections through Wi-Fi, Bluetooth and Infrared. Pre-configure the device to your app, and appoint it to a particular spot such as window, TV, couch, fan, doorfront, etc.

Through the Smart Remote, you can:

Founded by Simon Tchedikian, Stephane Jaubertou, Lionel Marty and Olivier Mandine on 2014, Sevenhugs had their startup company in Paris, French. Their first launched product is a neat sleep tracking device, hugOne, works with Alexa and Amazon Echo to help people monitor temperature, humidity and air quality of room (available on Amazon). On 2015, Sevenhugs has successfully raised $1.5 million from inventors to support the hugOne.

Early on this year 2016, they have announced the release of their second product Sevenhugs Smart Remote, which later raised a staggering $14.6 million in Series A funding. Sevenhugs also launches campaigns on Kickstarter and Indiegogo which currently have both over a million dollars pledged.

SevenHug smart remote has been awarded as the most innovative product in smart home categories in the CES Innovative Awards in Las Vegas.

The remote control is designed in minimal and futuristic appearance. Built with users in mind, the interface is HD touchscreen and work seamlessly with other pre-configured smart gadgets such as Apple TVs, Nest thermostats, Smartthings hubs, Philips Hue smart bulbs and many more. Notably, services like IFTTT, Uber and Weather Channel can all be controlled with a press on the screen.

SevenHugs is universally accepted. It pairs with a huge variety (more than 25,000) of smart product from coffee makers to security cams, nearly everything in your house. Also, more and more devices will be added in the upcoming software updates.

There is a big list on their Kickstarter FAQ section where you can learn more about all compatible devices.

Off your purchase, you will get a charging base station, remote control and 3 room sensors. The installation can be done in 3 simple steps:

Sevenhugs Smart Remote is designed to work in your designated smart zone vicinity. Anything out of range, depending on what wireless connections the devices using (Wi-Fi, Bluetooth or Infrared), may or may not be controlled.

Due to the nature of different range of connections, except for Wi-fi devices which does not limited to range, the rest is limited. For example, non-smart Infrared DVD/Blu-ray players can only be connected in short-range, while Bluetooth Speaker received better signals from medium proximity.

If your devices is being kept in cabinet, as SevenHugs Smart Remote currently does not come with an extender, you may want to consider to get an IR or Bluetooth extender. You can find some cheap extender on Amazon.

Generally, all devices can be control at a distance of 10m to 30m (30 ft to 90 ft) depends on several factors such as room layout, present of obstacle, and wall materials.

In opposite to multiple smartphone apps, SevenHugs connects all apps into a single centre of operation. When you intuitively pointing at a specific device, remote control will connect and display the device almost instantly on the screen.

Remarkably, If you have two or more overlapping devices in a close proximity (less than 50 cm/ 20 in), the interface will appear as a selection of carousel instead. Let say you have a number of devices arranged in the same line of sight, it will choose the one closest to you.

As one SevenHugs Smart Remote will only work in one smart zone. You can still however control the devices outside of range, for example, connect the device and bind it to a specific spot within your smart zone, and you are all done. As mentioned above, you can only control the Wi-Fi enabled devices in this case.

Alternatively, get yourself another set of Smart Remote kit for another smart zone with ease. Grab one of these during their promotion period and receive up to 33% off retail price. The quantities are limited, learn more via the link below.

According to Sevenhugs, by the end of 2017, they will release a free software for all the existing users to create and expend their new smart zone, by simply attaching additional sensors to the room of choice. These will not just fulfilling their current shortcoming, but also increase the usability and experiences of users.

As requested, Sevenhugs Smart Remote in Extended Mode will show all devices and services in carousel when you take the remote outside of the smart zone.

Also by the end of 2017, Sevenhugs allows to add new device more effortlessly with their open API/SDK that based in C/C++. Soon later, users will be able to experience new use cases, gestures, screens, menus and detailed specification interface.

Sevenhugs Smart Remote uses Lithium-Ion battery and comes with a charging base (USB-C port), where to put back everytime after used. It takes about 2 hours to fully charge the remote control, which can then last up to a few days.

We all used to lose remote controls some point in our life. If you happened to lose it somewhere again, worry not, there is a button on charging base where you can make remote control revealed itself (ringing).

ICO Watchdog – Stay in the Know about ICO’s