Taylor is a cryptocurrency bot designed to automate trading

Taylor is a new app that's designed to make trading cryptocurrency as easy as possible by using an algorithm to identify money-making strategies between different currencies. The app monitors most popular cryptocurrency markets and provides real-time alerts to profitable trades.

Once a user has entered into a trade, the app then rigorously monitors the currency to find the best exit position that maximizes profit versus risk. The app can even set a stop-loss trade to protect investments in case the market goes down an unpredictable path. 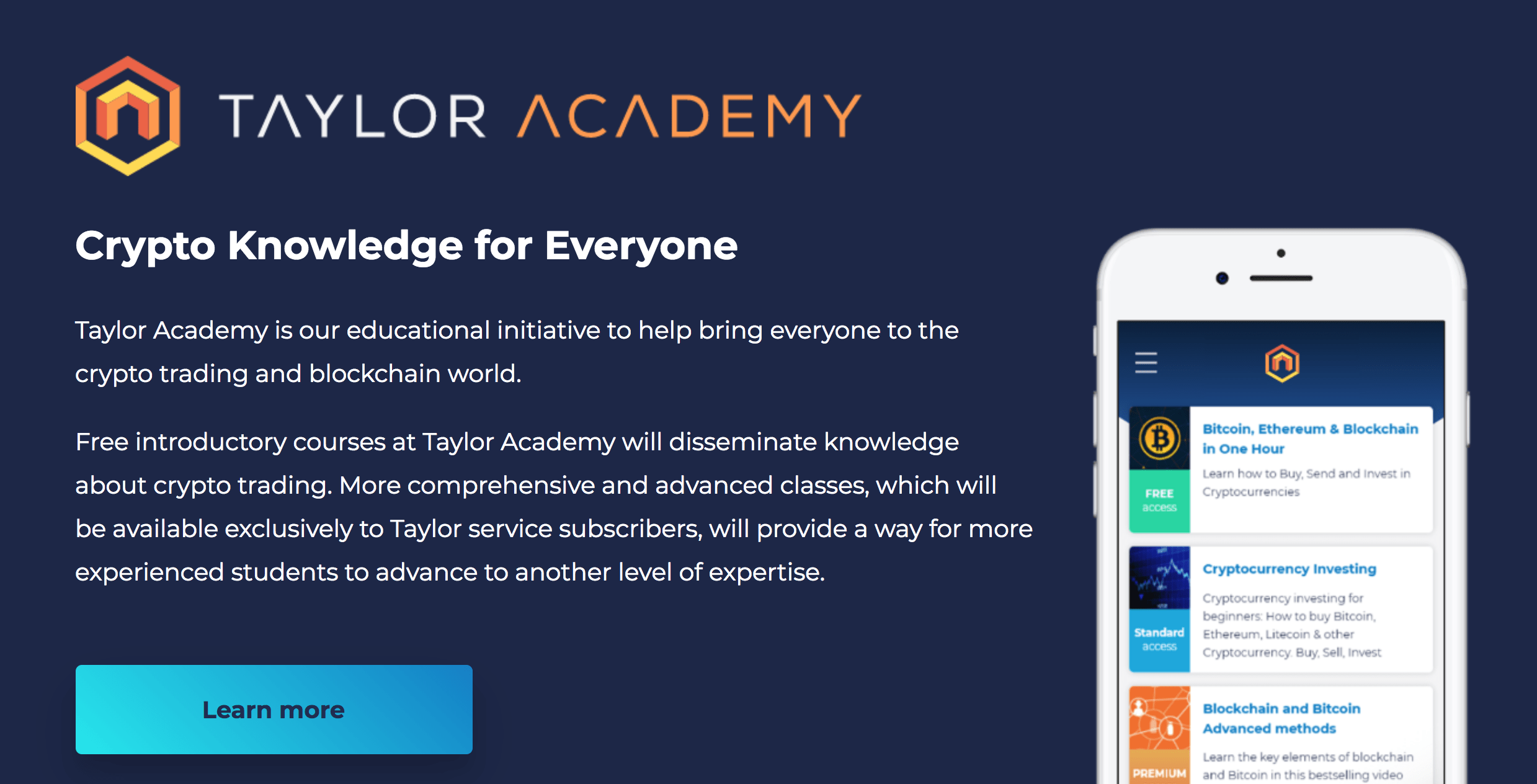 The developers behind Taylor haven't announced when the platform will be available to the general public, but they have announced a companion app for the bot called Taylor Academy. This app is full of knowledge about how cryptocurrency trading works so that you can brush up on the basics or learn about what the Taylor bot is doing with your money on the cryptocurrency market.

The Taylor roadmap suggests the free open beta period for the Taylor app will begin in Q2 2018 and will end in the same period. Billing for the service will start shortly afterward, but so far there have been no announced pricing tiers or what the subscription model will be for the cryptocurrency bot.

After that, the development team will focus on developing new strategies for making money between cryptocurrencies. The current Taylor bot is designed to see scalping opportunities, where you can buy one cryptocurrency for less than what it's worth in another.

Moxyone – Your solution for integrating cryptocurrencies

get the latest news from the crypto currency market with cryptoyum

accept crypto payments and increase your revenue today with paybear

Blockchain Demo: An Invaluable Asset in Unpacking the Mysteries of the Blockchain

coinnewsly – getting the crypto information you need