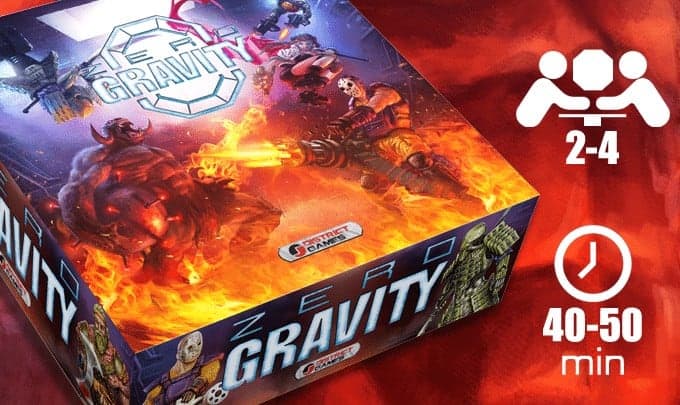 Taking board games to a whole different level, District games has developed a game set that defies the laws of gravity and fun.

Using a cube-like structure with two opposite, opened ends, the Zero Gravity game allows players to move opposing characters across 4 walls on a magnetic surface. Special platforms on both play figures and the box allows magnets to lock while still allowing players to move freely on the board. This capture the flag setup includes several teams. Each team is composed of leaders and ten respective minions. From parallel or perpendicular angles on the board, players can knock down, race, and collect objects from other teams to claim victory.

The points system, made up of “cheers” gives duelists a counting mechanism while also using traditional board game aspects like dice. Fight against groups, each with unique skill-levels. Take the Tokyo demons for example, or even the Milwaukee Eagles. Energy tokens can be collected throughout different game-modes to help individual characters or full team brigades win. Special instruments can even be used from different walls to influence players across thin air and onto another platform!

your chance to work with empire flippers